Lancia’s tradition at supreme engineering evolution was once more seen at the extremely compressed – in size – engine of 1089cc of the Appia where its “V” layout was designed in only 10 degrees inclination. The overhead valves were placed at the hemispherical combustion chambers moved by two camshafts at the engine shaft.
Styled like its big sister Aurelia, Lancia’s new Appia GTE arrived in 1953.
Despite the very high sale price in Italy, it is estimated that twelve such cars were imported into Greece, taking advantage of the low taxation, since their cubic capacity was not over the 1.1-liters. 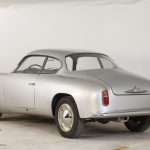 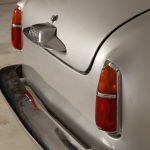