In the presence of Messrs. George Kaminis – Athens Mayor, Constantinos Bakouris – President of the Greek branch of “Transparency International” Organization and Dimitrios Vernardakis – President of FILPA, the new permanent exhibition “TRANSPARENCY” of Hellenic Motor Museum was inaugurated on June 8th 2016.

The permanent exhibition, is a creation of the founder of the Hellenic Motor Museum, Mr. Theodoros Charagionis; it aspires to give the possibility to museum’s visitors to familiarize with the technology of a car and the different kinds of transmission as a determining factor for better driving behavior and consequently reduced car accidents.

This exhibition has a dual purpose, as it aspires to show, in a subtle way, the need for “transparency” in various sectors of the Greek society – a very useful message to the younger visitors.

The inauguration coincides with the celebration of the 50 years’ anniversary of FIVA 50, and the declaration of 2016 as “World Motoring Heritage Year”, hence the event is under UNESCO, FIVA and FILPA patronage.

FIVA, the international federation of historic vehicles, has named 2016 as World Motoring Heritage Year – both in recognition of our motoring history, and to celebrate a new dawn for the historic vehicle movement throughout the world. This year also marks the 50th anniversary of FIVA, the Fédération Internationale des Véhicules Anciens.

FIVA, within this anniversary celebration secured the auspices of UNESCO, action which shows the international recognition of its multiannual project.

It is the first time that the UNESCO, as an international organization that promotes the conservation of World Cultural Heritage, places under its auspex’s vintage cars and motorcycles. 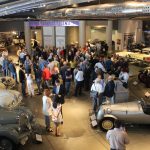 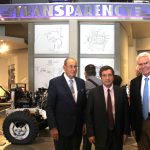 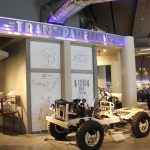 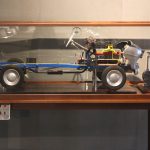 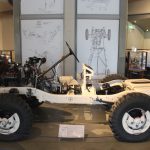 Copyright 2022 - Hellenic Motor Museum
This website uses cookies to improve your experience. We'll assume you're ok with this, but you can opt-out if you wish.Accept