Auto Union came as a result of the merge of four German automobile companies in 1932 and are worth mentioned: Horch, which built luxury cars with V8 engines, Audi which built cars with V4 and V6 engines, DKW which built motorcycles and two stroke cars, and Wanderer which built small four-cylinder and later more luxurious six-cylinder cars. In 1969, Auto Union merged with NSU and became Audi-NSU, which finally ended up as Audi in 1985. This specific car has been designed after famous FORD THUNDERBIRD pf 1955. Was acquired by the Museum through “Ebay” in poor condition and was completely restored in Greece. 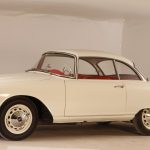 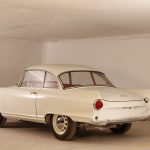 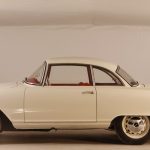 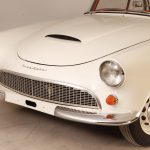 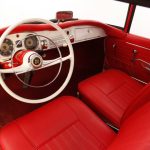